I am especially interested in questions pertaining to the evolution and maintenance of social behaviors and focus my efforts on processes that contribute to major transitions in evolution.

Link to my ResearchGate Page
Link to Google Scholar Page

Social and Vocal Complexity: I have begun work at SUNY Buffalo State looking at vocal repertoires and their use in social species of birds. I am examining whether repertoires expand in social lineages and am utilizing the large collection of sounds in the Macaulay Library to determine how repertoires change in social species. At the same time I am compiling a large database of functional repertoires from both primary and secondary literature accounts. These tests of repertoire size represent tests across the crown group of birds and will provide insight into if and how different social systems influence communicative complexity.

Woodpecker Plumage and Behavior: I am continuing a project with Eliot Miller and Alex Lees where we assess the components of the Interspecific Dominance Mimicry (ISDM) hypothesis. We are focusing on interactions between Hairy Woodpeckers and Downy Woodpeckers as these two species represent the first focused case of ISDM. We are utilizing a large dataset collected by citizen scientists to determine whether levels of aggression between these two species are what you might expect based on abundance and size.


PREVIOUS
University of Arizona​
​I performed research on Temnothorax rugatulus ants in the Dornhaus Lab at the University of Arizona. These ants are an excellent system to performing fine-scale behavioral observations as entire colonies can be kept and filmed in the lab. My research at Arizona was two fold. First, we investigated a putative benefit of specialization and division of labor: switching costs. We found found evidence for switching costs in this species across worker groups and tasks. Second, we also RNA-sequencing of different worker groups to determine if RNA expression was associated with worker groups. We used highly-resolved behavioral description to identify individuals from each of the worker groups before collecting individuals for RNA sequencing; and this process allowed us to unambiguously compare expression differences between several worker groups. 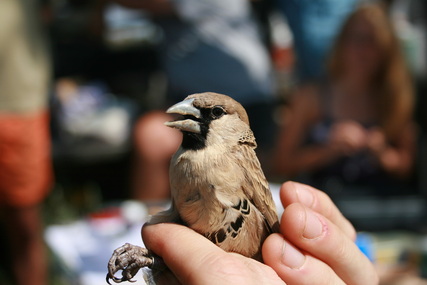 Figure 1: Sociable weaver in the hand. Worth two in the bush.
University of Miami
My dissertation work focused on the evolutionary maintenance of cooperative nest construction in sociable weavers. To understand the maintenance of cooperative behaviors, I studied sociable weavers (Philetairus socius; left) in Namibia.  These birds build communal, perennial nests that they roost in each night.  The nest (below) benefits all the individuals in a colony by providing warmer temperatures at night than the ambient temperature.

﻿Although there is a measurable benefit to the nest, individuals should still forego nest building if the other weavers will perform the nest building behavior for them.  I used a series of behavioral observations and experimental manipulations to test certain mechanisms that may allow the sociable weavers to maintain the communal nest.  I found that sociable weavers help more when they have more relatives in the nest and that they attend to the cooperative output of other weavers. I also that individuals seem to use aggression to induce cooperative nest construction in nestmates, and therefore may be coercing individuals to contribute to the public good. 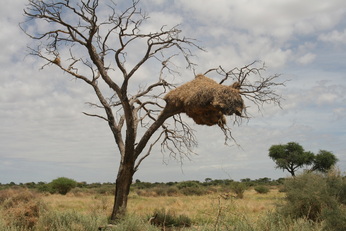 Figure 2: Sociable weaver nest in the field.
I also built an agent-based model to simulate whether it was feasible for females to use nest construction in males as a sexual signal. The model showed that requiring males to collect ecological items like twigs for a sexual display introduces considerable variation and inaccuracy in the choice of appropriate mates.
Powered by